Carlisle Pageant is a great success for the city

The Carlisle Pageant, sponsored by Story Homes, entertained children and adults alike for the past week. 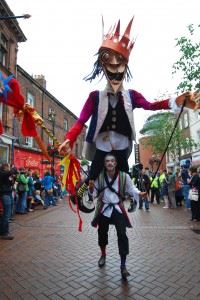 The pageant was a celebration of the heritage and history of the city, with a range of events taking place between Saturday 17th August and Monday 26th August.

As well as the main giant puppet parade, there was live music, face painting, jugglers and stilt walkers. Many local businesses also had stands in the city centre throughout the week.

“The Carlisle Pageant was a great success. It celebrated our city’s rich history and heritage. The Giant Puppet Parade attracted a large crowd and the Best of Carlisle stalls, showcasing local businesses, producers and traders, were also well received by visitors to the city centre.”

Story Homes was the main sponsor for Carlisle Pageant and also spent four days in the city centre with mascot ‘Builder Bear’.

Chief Executive of Story Homes, Fred Story, attended the main puppet parade along with his family, and was impressed with the hard work and effort that went into making the puppets, created by local artists and school children. 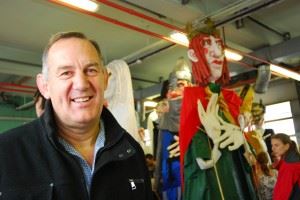