Christmas at the Lakes Distillery

Set in the backdrop of the beautiful Cumbrian hills and mountains, The Lakes Distillery is in an area of unimaginable beauty next to Bassenthwaite Lake in the Lake District National Park.

Housed in a renovated 1850’s Victorian model farm just six miles north of Keswick, the distillery opened in December 2014 and is England’s largest whisky distillery, producing up to one million bottles of The Lakes Single Malt per year. 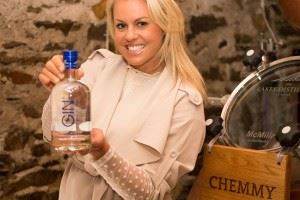 It’s a veritable challenger on Scotland’s doorstep; the closest English whisky distillery to the border that also produces its own gin and vodka on-site, along with its award-winning blend of British whiskies, The ONE.

“My background is in whisky,” explains founder and managing director, Paul Currie. “I grew up around the spirit as my father was MD of a global whisky business and we joined forces to set up the Isle of Arran Distillers, the first new independent whisky distillery in Scotland for many decades.

“I moved on from Arran and later started pursuing my dream of establishing the first ever official distillery in the Lake District. My search to find the perfect location, the right team, specific resources (namely a source of water), secure funding and navigate numerous planning regulations took over three years and in November 2014, The Lakes Distillery started production.”

Since opening last December, the distillery has become a popular destination with its offering of distillery tours and gourmet food and drink at the on-site Bistro, overseen by Michelin-starred chef Terry Laybourne.

The unique tour takes visitors on a journey of discovery using sight, sound, smells, taste and touch, illustrating how the distillery’s world-class whisky, gin and vodka are created. A children’s quiz keeps the little ones occupied along the way, with an optional tasting for adults thrown in for good measure. 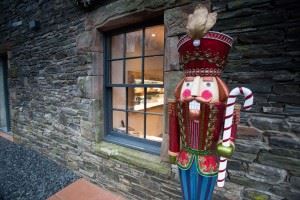 Picturesque walking routes are easily found around the distillery – which also has its very own alpacas – including a leisurely stroll along the beautiful banks of the River Derwent (the source of the water used in the distillery’s spirits), just 150m from the distillery.

“Water is the key ingredient in all of our spirits and our location means we are able to use near perfect water straight from the famous River Derwent,” explains Paul.

“We use local ingredients where possible throughout our spirits and food served within the Bistro. We make The Lakes Gin with local botanicals foraged on the fells and distilled slowly and lovingly to create a delicious flavour, evoking a sense of the Cumbrian fells – it is intrinsically a Lake District product.”

Visitors to the distillery in December will see it transformed into a magical Christmas spectacular, with traditional festive decorations and a stunning 20ft Christmas tree in the courtyard.

Enjoy mince pies and mulled wine by the Bistro’s log fire, or under warm blankets and overhead heaters outside in the courtyard.

Festive gifts will be available in the on-site shop along with a fixed price, Christmas menu of two or three courses in the Bistro. 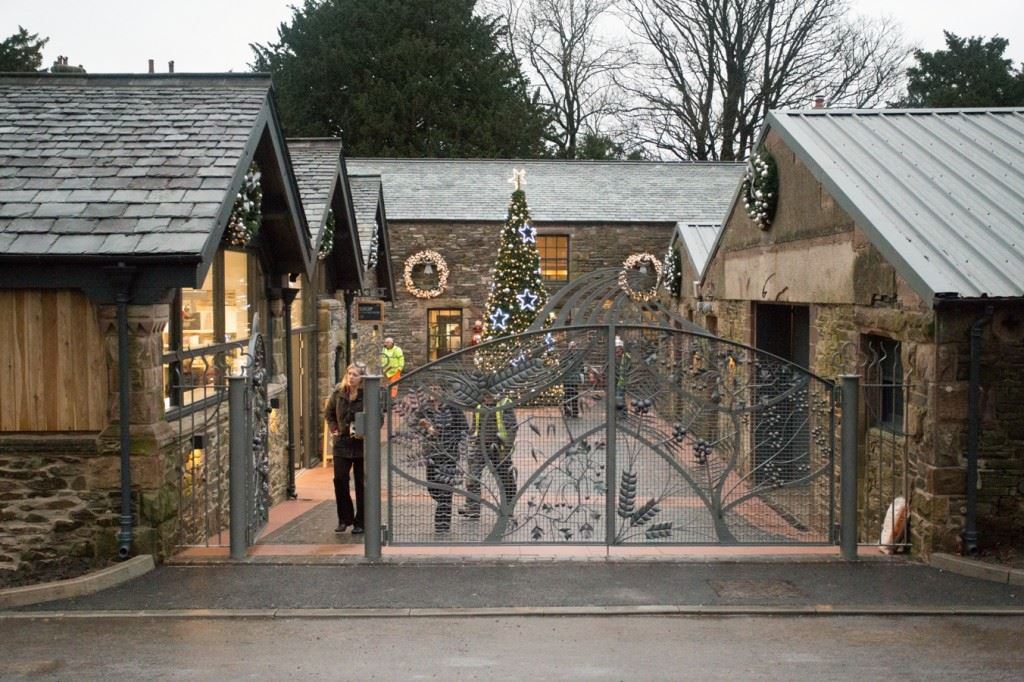 The festive season is the perfect time for making cocktails and the lovely folk at The Lakes Distillery have shared the recipe to their signature gin cocktail with us, the Chemmy Martini.

Sharp and refreshing, this cocktail has been created especially by The Lakes Distillery’s brand ambassador Olympic and British National Champion skier Chemmy Alcott, after whom the gin still is named.

Using classic gin botanicals augmented with others native to The Lakes – including bilberry, heather and meadowsweet – this is an artisan gin which is complex, intriguing and delicious.

Firstly, chill your martini glass by filling with ice and water and leaving to rest while you make The Chemmy.

Double strain into your chilled martini glass and garnish with a grapefruit twist.