A development of 283 new family homes in Cottam is set to be launched this weekend. 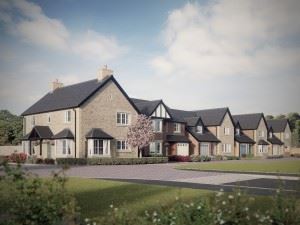 Visitors to our Waterside development will have the chance to reserve their new home when the marketing suite on site opens for the first time.

The site of new build family homes located to the south of Cottam Way and north of the Lancaster Canal, includes a mix of high quality two, three, four and five bedroom properties with 26 different house types on offer.

Up to 30 per cent of the homes will be classed as affordable and designated for rental or sale for local residents, in line with Preston City Council policy.

Cottam is the third of 11 development sites owned by the Homes and Communities Agency (HCA) which are being developed as part of the Preston, South Ribble and Lancashire City Deal.

Sales Manager Clare Wilson says the weekend will provide a great opportunity for people to see what Cottam has to offer.

Clare said: “We are very excited to be launching our high quality homes at Cottam.

“Cottam is just a short distance from the beautiful countryside of the Ribble Valley, whilst also being in easy reach of all the amenities that Preston city centre has to offer.

“We have a fantastic reputation for designing and building high quality homes which are in keeping with the character of the local area and we have already won national awards for our homes in Lancashire. We are sure that visitors to our launch event will not be disappointed when they find out about the high specification and extras included as standard.” 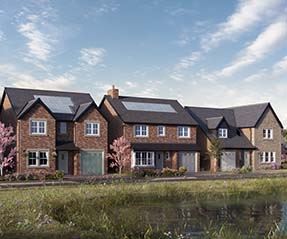 We have pledged to contribute more than £1.6m towards local education as part of an agreement between Story Homes and City Deal and will also be spending around £1.4m on funding other improvements in the local area, which includes; spending £390,000 on the Tom Benson Way Cycle Lane and making a £960,000 contribution to public transport and £60,000 to Guild Wheel improvements.