In 2015 there were 156,140 new homes registered, according to the latest NHBC statistics. Most UK regions saw notable growth in registrations compared to 2014, with the Eastern region, North West and Scotland experiencing the biggest lifts of 23%, 16% and 15% respectively. 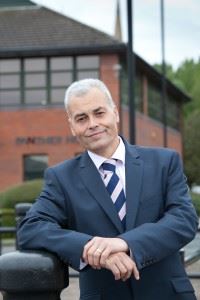 Steve Errington said: “We’re thrilled that the NHBC report highlights the impressive growth the UK’s building sector has experienced in the past year, which led to a seven per cent increase in new home registrations nationwide.

“New-build homes in the North West increased by 16 per cent from 2014’s figures, which highlights just how strong the property market in the region has become. With 14 live Story Homes’ developments across the region and a further four in the pipeline, we’re proud to be a part of the thriving North West property market, which is set to continue attracting investors and homeowners for many years to come.

“The latest data also reveals the continuing trend for detached homes, closely followed by semi-detached styles, which is also apparent in our sales over the past 12 months. What’s more, driving up build quality remains at the forefront of the industry – and this is something we pride ourselves on at Story Homes.

“Given these figures and the current market conditions, we’re confident that the property sector will continue to grow in 2016. This year, Story Homes plans to build a further 800 homes across the North West, North East and Scotland, which certainly echoes the remarkable statistics found by the report.”