We have appointed experienced Paul Greenfield as Production Manager for the north west.

Story Homes has a number of residential schemes in Lancashire at different stages of development and Paul’s role will be to oversee these and future projects, ensuring targets for build, quality and health and safety are met.

The 49-year-old from Runcorn has more than 12 years’ experience as a Construction Director under his belt working mainly in the north west.

“Joining Story Homes at this stage of their growth is both exciting and challenging. The company has an ambitious programme of new house building but it is also committed to maintaining the quality standards that have helped make their name,” said Paul, who has an Honours Degree in Construction Design and Management. 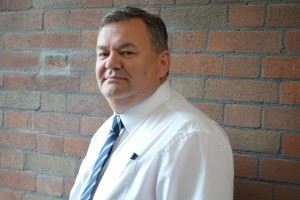 “The culture of the business is all about quality and that is something that really appealed to me when I learned about the opportunity.”

Story Homes currently has ongoing projects in Lancaster and Kirkham, with others in Galgate, Clitheroe, Preston and Cottam. It is also looking at potential developments in Manchester and Cheshire.

Paul’s appointment is one of a number the company is planning on making in the region.

“We have significant plans to expand our operations, particularly in the north west. Naturally we want to attract high quality people to our team who can help make it happen. That’s why we’re delighted to have someone of Paul’s credentials joining the team. He has the skills, knowledge and contacts that are vital for such a key position,” says Chief Executive Steve Errington

The company plans to employ a further 43 full time staff over the next 12 months as part of a three year strategic recruitment plan which will eventually see well over 100 jobs created, with additional work for sub-contractors and key trades.

Story Homes has been building high quality and high specification homes for more than 28 years. The reputation of the company is growing across Cumbria, North East England, Scotland and Lancashire with many new developments in the pipeline.