A design-led proposal for new homes in Barrow has been draw up with the expertise of Barrow Borough Council. 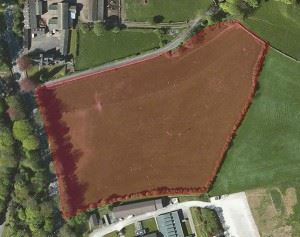 The plans, which have evolved over the last six months, have now been submitted, proposing up to 38 new homes on the edge of the town, near Manor Farm and Rating Lane. Cumbrian developer Story Homes is responsible for the plans and is confident that the layout will alleviate any fears raised by the public about negative impact on Furness Abbey.

Following public consultation and ongoing engagement with English Heritage and the local authority, Story Homes has put forward a considerate design which leaves ample open space on the land, taking cues from nearby farmsteads.

The development will go some way towards helping the Borough to meets its identified housing needs for the future. Building work would also secure and create much needed employment locally both directly through Story Homes and indirectly through sub contractors and local supply chains. The knock on effect would support local businesses and Story Homes would make a contribution towards the provision, improvement and enhancement of children’s play space in the town.

David Hayward, Development Planner for Story Homes said: “Throughout the consultation, it was evident that the town requires housing but every party involved wanted to make sure that the design did not conflict in any way with the historic setting. By engaging closely with Barrow Borough Council’s Urban Designers, and liaising with English Heritage, we feel that we have been able to come up with a design which will complement the local area and leave ample public open space and a large clear section between any development and the boundary of the Abbey itself.”

The design includes a variety of house types, including three, four and five bedroom terraced, semi-detached and detached properties, arranged in a spacious manner and finished with a range of stone, brick and render. The perimeter boundary of the development will primarily be hedging and the existing boundary of the site will not be removed, simply enhanced through planting.

The application has now been submitted and a decision from the local planning committee is expected towards the end of 2014.