Story Homes Site Managers sweep the board at LABC awards 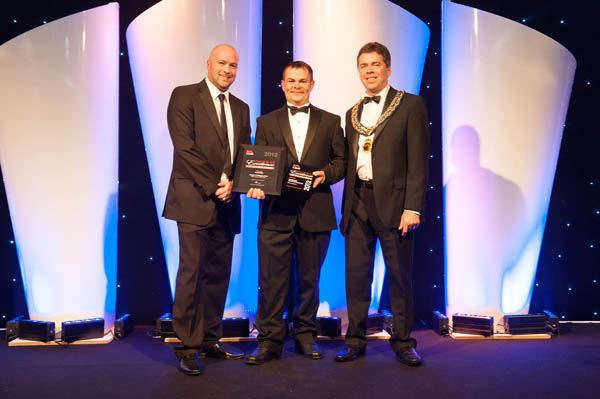 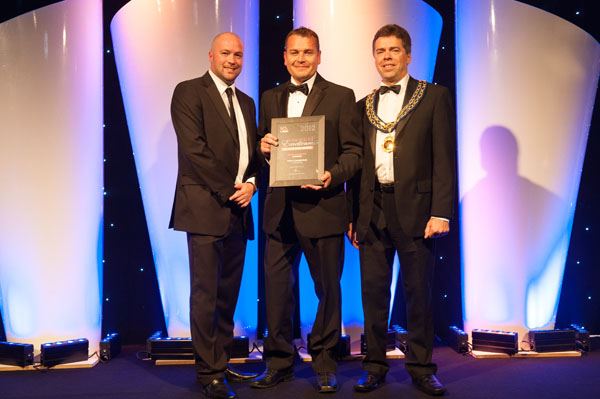 Duncan Chisholm and Mark Irving who respectively manage Magellan Park, Whitehaven and Edmondson Close, Brampton, were understandably delighted to be placed first and runner up in the regional finals. Duncan and Mark were assessed on their high standards in managing and delivering successful developments. Between them they have over 20 years experience working for Story Homes.

All Site Managers working on sites of three or more units who are registered with LABC warranty are eligible for the awards. Site Managers are nominated by their LABC Site Audit Surveyor who assesses, amongst others, quality of build at different key stages and on-site management functions such as site administration, health and safety, protection of work in progress and site tidiness. All nominations are reviewed, assessed and shortlisted by LABC Area Managers. Following this rigorous process, and up against hundreds of Site Managers, Duncan and Mark went through to the regional finals.

Duncan was crowned the winner and will go forward to represent the northern region in the national awards in November. He is a time served joiner and has worked at Story for 11 1/2 years. He came to Story Homes as a joiner and after 12 months he had demonstrated his potential and was promoted to Site Manager, which was a natural career progression. His qualifications include NVQ3 joinery, CIOB Site Management diploma…. and lots of common sense. Duncan enjoys building good houses and working for someone with a great reputation. Duncan shot to fame for his part in the recently screened ITV4 ‘Rookie Builders’ series where he mentored 22 apprentices as they took on the challenge of a lifetime – to build an executive 4-bedroom detached property in 12 months.

Duncan commented “I was delighted but amazed when my name was read out. Mark had just won runner up in the awards and we all thought that was fantastic. We didn’t think we’d ever win second and first in the awards. I took my wife with me and a few colleagues and it was a great evening. Although I’m a bit nervous, I’m looking forward to going to the national finals in November”.

Mark Irving commented ‘I was really pleased to be short listed for an award for running our site in Brampton. We had a great night at the awards and I’m delighted for Duncan. He’s done a great job at Magellan Park and as well as running a site, and that’s hard enough, he’s been looking after 22 apprentices and being filmed for the past year – he totally deserved to win. We’ll all be rooting for him in November.”‘

Ian Sewell, Managing Director for Story Homes said ‘We’ve had an exceptional two weeks of awards. There aren’t many home buyers who can boast that an award winning Site Manager built their house or that they live on an award winning development, but most of our buyers can. We have a great team on-site and their dedication and hard work is recognized through the winning of these awards. Both Duncan and Mark are deserved winners and we wish Duncan success in the national finals.’