Friends reunited after 40 years when they retire to same development

Two school friends who lost touch 40 years ago have been reunited in Longhoughton, after they both decided to move to Northumberland for retirement and purchased new homes at Chancel Place.

Alison Anderson, a retired community psychiatric nurse, moved into her new home in December with husband Iain, a retired detective, and schnauzer Marge. They relocated from West Yorkshire to be closer to the Northumberland coast, and our development proved to be in the ideal location.

Then in May this year, Karen Nicholson and husband Rob moved into their property with miniature schnauzer Lola. The couple were living in Derbyshire but were both brought up in the North East and had always planned to return when they retired.

Karen said: “We missed the sea and you can’t get much further away from the coast than Derbyshire! We have been renting a holiday cottage in Boulmer every summer for the last 15 years; we love the area so started looking at houses seriously over the last 12 months. Chancel Place is perfect as we can walk to our favourite beach, Sugar Sands.”

Our Sales Executive on the development had mentioned to Karen and Rob that there was another black schnauzer at Chancel Place. Then, when Alison was taking her dog Marge for a walk, she bumped into Rob who was walking Lola on the road just outside the development.

Alison explains: “We had a conversation about where our accents were from, and within a few minutes realised that Rob’s wife, Karen, could well be one of my best friends from school. We lost touch when Karen went to university and I went to train as a nurse, nearly 40 years ago! I still have photographs of Karen and I on holiday in Northumberland with her family at age 16.”

Karen continued: “It is amazing that we both have the same breed of dog, have been coming up to Northumberland on holiday for years and decided to retire to Chancel Place. We’ve already had several get togethers to catch up on old times, and Marge and Lola seem to be settling down with each other, although both want to be ‘top dog’!”

Kayleigh Pinchen, Sales Manager, commented: “It’s an amazing coincidence that Alison and Karen have both ended up living at Chancel Place and we’re delighted to have been part of their reunion story. The development, which is due to be completed next year, has a fantastic community feel and a great mix of families, retired couples and those relocating from elsewhere in the UK.”

Find out more about the high quality four and five-bedroom homes available at Chancel Place, Longhoughton. The Marketing Suite and show home are open Thursday to Monday, 11am-5pm. 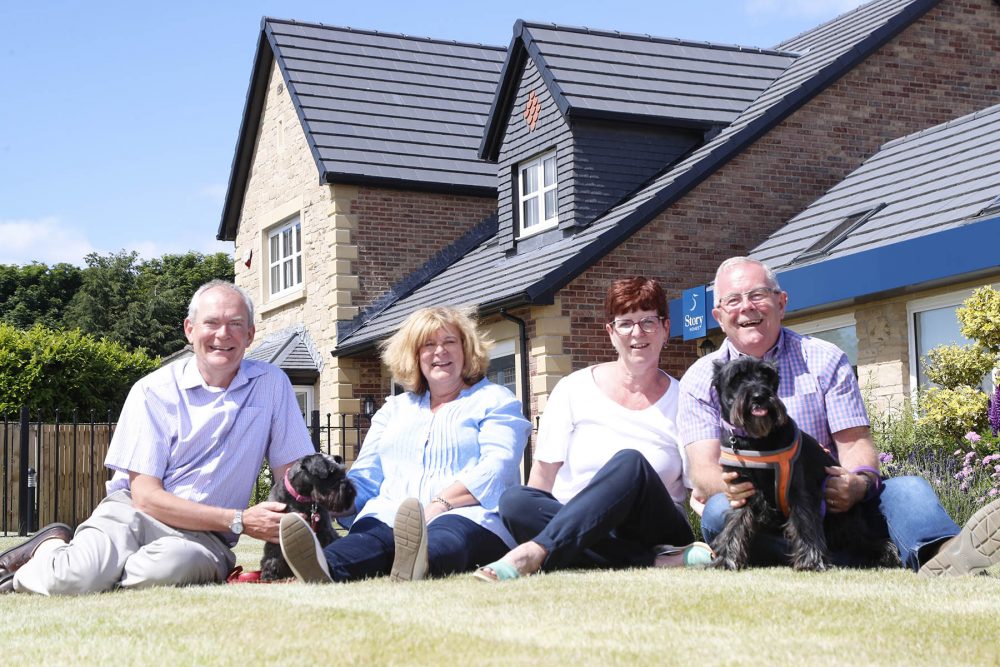 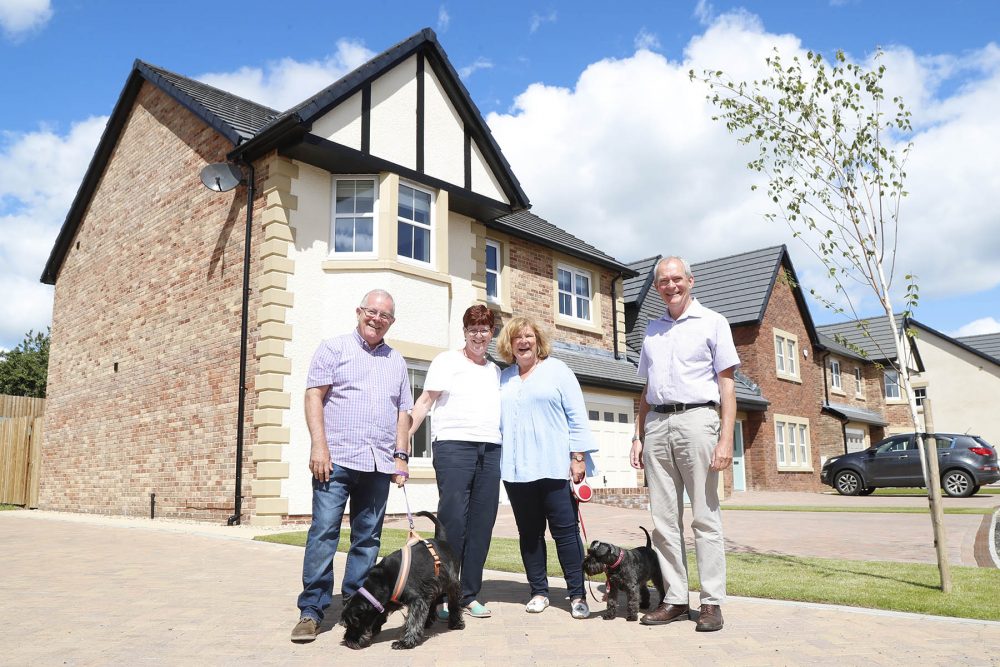 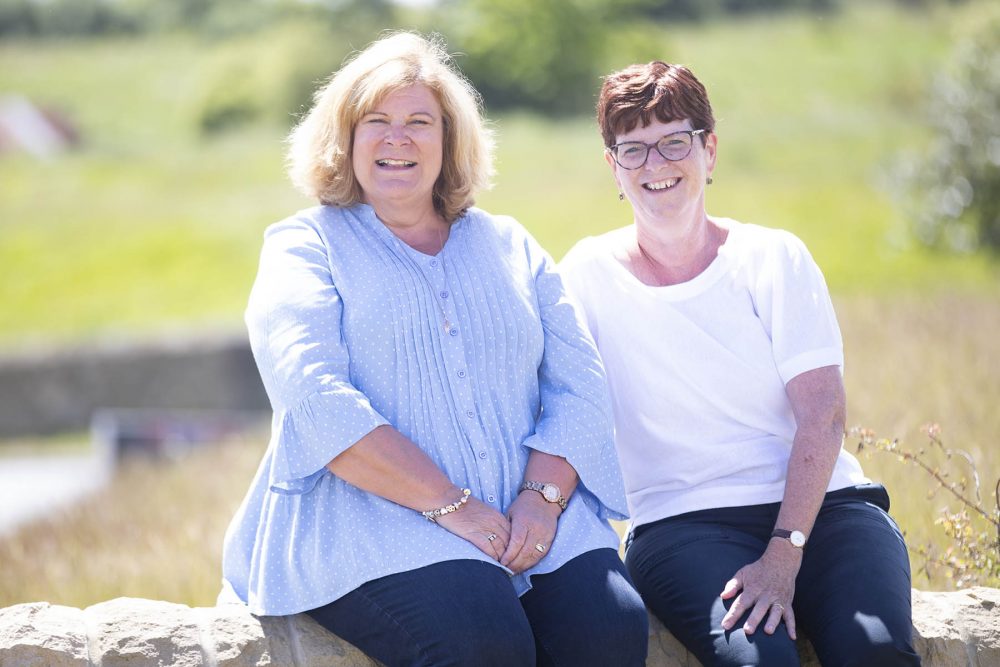 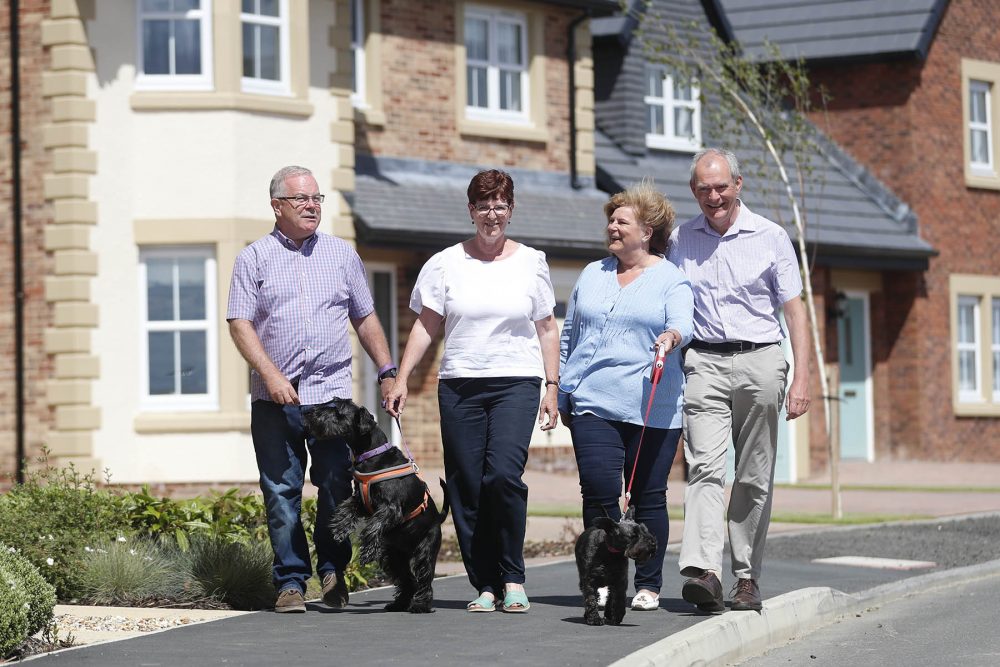