Carlisle – and Cumbria – some of the happiest places in Britain 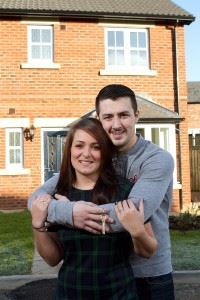 A survey of 25,000 homeowners has found that Carlisle is one of the UK’s happiest places.

Additionally, a second survey by Hamptons International estate agents, found that parts of Cumbria were the happiest and most affordable places to live in the UK.

For Carlisle itself, in addition to its ranking as 12th happiest out of 130 towns and cities across the UK, the city-region also ranked in the top 10 in three of the distinct question categories – including community, safety and area upkeep.

In the Hamptons survey, Allerdale in Cumbria was the country’s happiest place, quickly followed by Copeland in third place.

As the largest builder of prestigious new homes in region, there were many of our customers surveyed in the report issued by Rightmove. The Happy at Home Index by Rightmove asked homeowners to rate their town or city across 12 different statements, valuing aspects such as neighbourliness, contentment and amenities.

Louise McGuckin, Head of Sales for Story Homes, said: “For over 25 years, Story Homes has been helping families achieve a fantastic lifestyle in Carlisle and the surrounding area.

“One of the things that makes a Story Homes development special for our customers is the sense of community among the residents. That community aspect – in addition to the level of safety and security and the pride residents feel for the upkeep of their physical environment – helped position Carlisle 12th out of 130 other locations.

“In addition to Carlisle – our head office location and the site of many of our past and current developments – there was a strong showing for other locations across the North and Scotland in which Story Homes has a presence. These include Lancaster – where we are delivering the superb High Wood development – and Darlington, which are both in the top 20.”