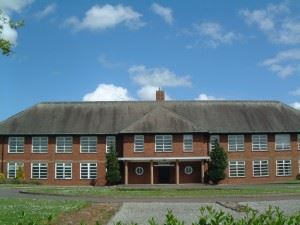 The company has purchased the former 14MU building on Kingmoor Park and is investing £3 million in moving to the business park. Around 80 of Story Homes’ 135 colleagues will make the office their new base, moving from the current office on Burgh Road Industrial Estate.

The 14MU building was once the head quarters for the Royal Air Force Depot. The ‘H’ shape building, located near the main entrance of Kingmoor Park, housed many of the RAF’s office personnel when the Maintenance Unit opened in September 1938.

Story Homes experienced around 60% growth in 2013/14, with more than 40 new colleagues recruited to support this. Indirectly, the business also created hundreds of new opportunities through the supply chain and network of sub contractors. A second office was opened near Newcastle as the business expanded into new regions and plans show predicted growth to continue in the coming years as Story Homes develops homes in new areas.

Steve Errington, Chief Executive of Story Homes said: “The business is expanding quickly and we have been looking to buy a new head quarters for some time as we are outgrowing our current office. We wanted a building which can accommodate our growing team in the longer term. Kingmoor Park as a location makes perfect sense for us as it is central to the locations we are growing into, including the North East, West and South Cumbria, Lancashire and Scotland. The building we have chosen is ideal as it gives us the opportunity to put our own stamp on it. We want to retain the character of the building but also make it modern and appealing for our colleagues and visitors.” 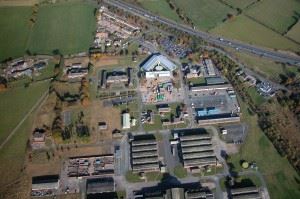 Story Homes’ sister company Story Contracting are now working on refurbishing the former RAF HQ which has been empty since the RAF depot closed in 1997. Architects POD have designed a modern office layout with an open plan reception and open plan office space. Ample car parking and landscaping will also be provided.

Tony Goddard, Chief Executive of Kingmoor Park Properties Ltd said: “It is fitting that the HQ Building, which was the former centre of operations during Kingmoor Park’s Ministry of Defence heyday, is to become the head office for Story Homes, one of Cumbria’s most successful companies. We are delighted to welcome them to Kingmoor Park where they will join a host of local and national companies who have also made the Park their base.  I am sure their prestigious new premises on one of the North West’s largest, most successful industrial estates will be an asset to the company’s continued success”.

Story Contracting will remain at Burgh Road Industrial Estate as their continued growth also gives them a requirement for more office and depot space.

Story Homes, which is also responsible for the nearby successful Crindledyke Farm development, is aiming to relocate to the fully refurbished building in early 2015.