We have secured permission to build new homes in one of the ‘happiest’ Valley’s in the country.

Story Homes has just had plans approved for a development of 130 new family homes in Clitheroe, in the Ribble Valley.clitheroe-region-image

At the same time the Ribble Valley came placed second only to Farmanagh in the list of happiest places to live in the UK in a survey released by the Office of National Statistics.

“It’s no surprise that the Ribble Valley scored so highly in the ONS report, it’s a beautiful area of the country, and it’s one of the reasons we feel these new homes will be sought after,” said Martin Nugent, Story Homes’ Planner. 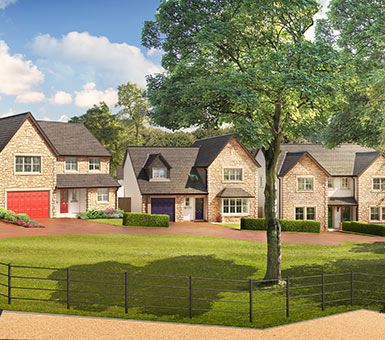 Story Homes will build 130 new high quality homes on the land off Henthorn Road and in doing so will support the local authority meet its required housing numbers for the area. The development will also deliver 30% of affordable homes which are designated for local people.

Martin added: “Our reputation has been built on designing and building homes which contribute to the character of the local area and our scheme in Clitheroe is no different. Naturally we took on board feedback from the local community and their comments were used to help shape our final design submissions.”

The development is expected to help create over 400 new jobs directly and indirectly through the use of local sub-contractors and the supply chain. Statistics from the Homes Builders Federation show that in 2014, every house built created 4.3 new jobs.

Story Homes will also make financial contributions towards local education and a package of improvements to footpaths, cycle paths and highways will be tied into a travel plan for the area.