We’re here to help. With safe measures in place our Sales Executives are available to assist you online or over the phone 7 days a week

Records broken as tens of thousands turn out for Westmorland Show

Story Homes was at the annual Westmorland County Show this month, as we prepare to open our first ever development of new homes in South Lakeland. 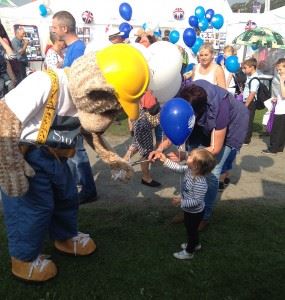 Builder Bear handing out balloons at the show

This year saw the most successful Westmorland County Show to date, with 35,227 people attending – the highest ever attendance.

The show was celebrating an unbelievable 215th year, having started back in 1799. And with a record number of animals and trade stands, we were pleased to be part of it all. 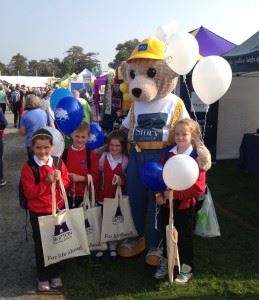 There was a fantastic atmosphere throughout the day and Story Homes’ Builder Bear mascot proved very popular. The many groups of school children were keen to gather around him for a high-five, a cuddle, a balloon or to pose for a picture in the glorious sunshine.

The Westmorland area is somewhere Story Homes is keen to grow, with the imminent opening of The Beeches development in Kendal.

‘The Beeches’ site on Natland Road in Kendal, which had an exclusive launch day last week, is set to open in October. The site has proved extremely popular to date, with many more people enquiring as to when the next launch will be for these high quality and high specification properties.

Register your interest in The Beeches by clicking here.