Story Homes has worked with Dumfries & Galloway Council and the Summerpark Community Association to help reduce the amount of litter at its Summerpark housing development in Dumfries.

Residents of the Story Homes Summerpark development, which is located just off Lockerbie Road in Dumfries, had become increasingly concerned about the amount of litter being dropped along the “lunchtime route” –  the journey to and from the Tesco store at the Peel Centre which is made daily by Dumfries High School pupils during their lunch break.

In a bid to work together to help mitigate the amount of litter being dropped, Story Homes has provided two litter bins which have been placed on the Summerpark development. As part of the partnership, members of the Summerpark Community Association have agreed to take on the role of emptying and maintaining the bins.

Alongside the provision of the new litter bins, Dumfries High School – which neighbours the Summerpark development – is also committed to running assemblies and workshops emphasising the importance of good citizenship and looking after the area around the school.

Derek Hextall, Ward Officer, Communities Directorate, Dumfries and Galloway Council said: “We are delighted to have been able to work with Story Homes to respond positively to the concerns raised by local residents around lunchtime litter. The Community Association undertook litter surveys and identified hot spot areas where they were able to trial litter bags and this has drastically reduced the amount of litter being left on the development and people passing through are using these, so the provision of bins from Story Homes has really empowered this community.”

John Story, Managing Director for Story Homes in Cumbria & Scotland said: “We were delighted to be able to support the Summerpark Community Association in reducing the amount of litter on the development. As a business, we don’t just build houses, we build communities, so it’s great to be able to help and support the customers who live in our homes on the issues that really matter to them. This is an excellent example of what can be achieved when a community comes together.” 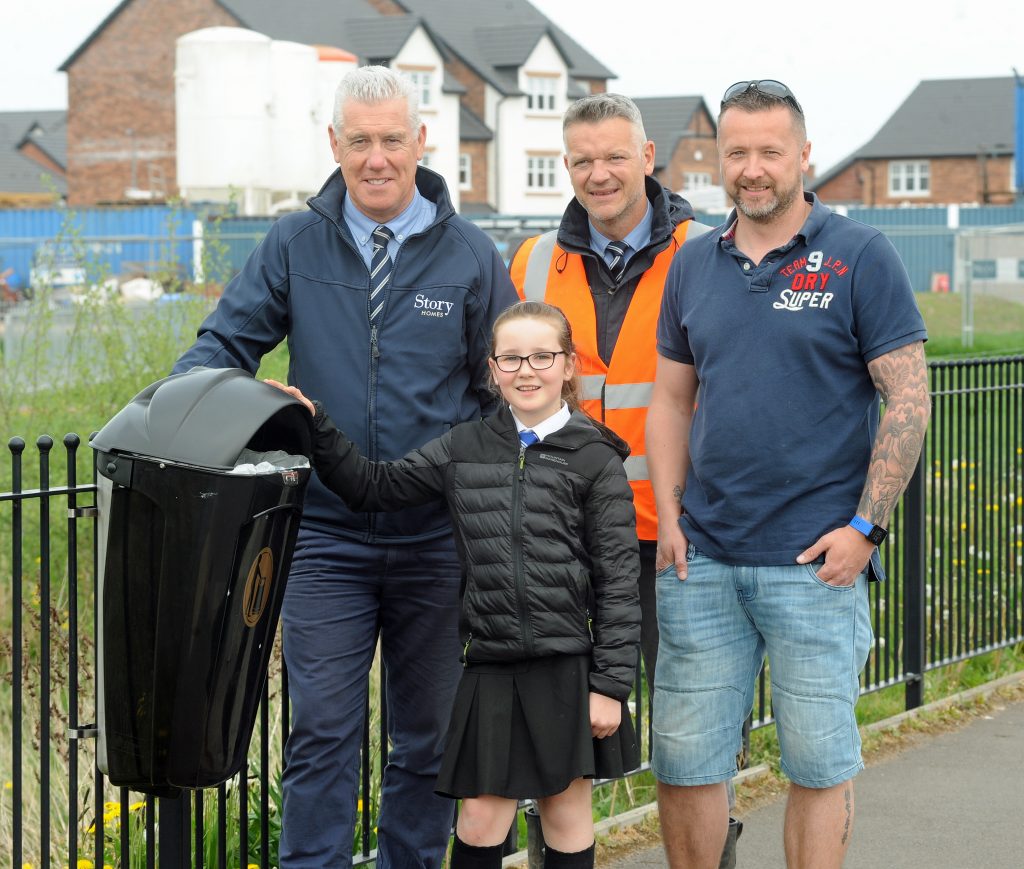