Street names that lead not only to homes, but also back in time

Eden Gate is built on the site of Hadrian’s Camp, which is a former Army Apprentices College and in the nine years of its existence, 2785 Apprentices passed through the gates. 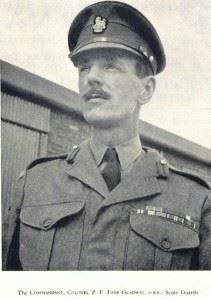 Story Homes approached the ‘Hadrians Old Boys’ group to help name the streets linking to the site’s uses as an army training camp. The roads will therefore be called:

Gladwin Drive – Col Peter Fane Gladwin OBE of the Scots Guards was the first Commandant of the School and co-ordinated the schools establishment in 1960.
Drawdykes Lane – Drawdykes is the name of Milecastle 64 on Hadrian’s Wall which was discovered in the grounds of the school and excavated under the supervision of Col Fane Gladwin OBE in 1961.
Cross Close – Frederick John Cross Irish Guards was the first Regimental Sergeant Major of the school and always thought of the boys as “his boys”.
Eagle Way – The training school used the Roman eagle as its badge.
Hadrian Way – Hadrian’s Wall survives as a buried feature on the site.

Colin Taylor who coordinates the Hadrian’s Old Boys group said: “It’s fantastic that we’ve been able to keep the links to the camp through the street names. Local knowledge fades over time and these names are a permanent link.

“Colonel Gladwin and his small team opened the apprentices’ school and thanks to their enthusiasm, hard work and imagination in those early days, they laid the foundations for the well established school that greeted all of us on arrival at Hadrian’s Camp. We’ve got some very happy memories of our time spent here.”

Son of Regimental Sergeant Major Cross, Roger Cross said: “It’s with great pride that we allowed my Dads name to be used in this development. I am also an ex Apprentice of the School at Hadrian’s Camp and whilst many of us at reunions wander over the remains of the old camp reminiscing, it will be good to know that voices and people will again use that site which holds many memories for those of us ‘Hadrian’s Old Boys’ “

Story Homes Site Manager Mark Irving said “I’m delighted that we’ve retained the connection to the apprentices college. It was a real pleasure meeting the boys and hearing about their life in the army, It sounds like they really enjoyed it, and they obviously made friends for life.”

For more information about Eden Gate email edengate@storyhomes.co.uk or visit the Marketing Suite which is open Thursday to Monday 10.30am to 4.30pm.