Crindledyke Farm wall retains the history of the site 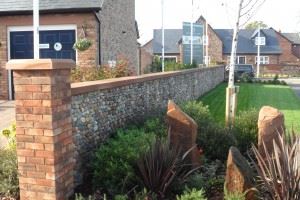 The Wall Redeveloped at Crindledyke Farm

Carlisle’s newest housing development has managed to retain some of its history and showcase it in the most prominent of positions.

Crindledyke Farm in Carlisle has a show stopping feature right at the site entrance for every home owner and visitor to see. The materials didn’t have to travel far as the reclaimed stone came from the original boundary wall and farmhouse at old Crindledyke Farm.

Site Manager Mark Irving said: “When we first took over the site, we couldn’t fail to see the stone wall feature which was on the approach road. We always try to reuse or recycle materials on site so we took some time and effort to take down the wall by hand and retain the individual stones. Records show that the farm house was built before 1866 and we could picture how the old stone would fit into the new build development perfectly, adding real character and appeal.” 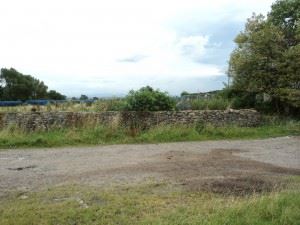 How the Wall Looked Before Crindledyke Farm

Richard Cullen and his family previously owned the land at Crindledyke Farm and they have visited the new development, stating that they are pleased with the way the stones have been reused as a focal feature. Richard and site manager Mark had discussions before the wall was taken down about the possibility of reusing the stone within the development to create a stunning approach to Crindledyke Farm.

Mark added: “When you approach the site now, the first thing you see is the stone which has been used as a feature in the facade of the stunning dormer bungalow. We used the remaining stone to rebuild a wall in front of the first three properties, which are currently the show homes. The comments we get from visitors have been fantastic. Everybody is delighted with the wall and it keeps a little bit of the history of the site alive.”

Story Homes’ reputation for high quality design and specification fits perfectly with the idea of using the reclaimed stone, adding character to the development and making it unique for the residents and their guests. The wall was created using traditional Cumbrian methods of construction, tying it into the surroundings perfectly.

Ian Robinson is the new owner of the feature property at Crindledyke Farm and he has already received many compliments about his new home since moving in at the start of September 2013. Ian, who lives in the ‘Redwood’ dormer bungalow with his wife and young son said: “When we saw the house we thought that the stone from the wall was a fantastic feature, as well as the stone from the old farmhouse. Everybody who has been to visit us in our new home has commented on how nice it all looks.” 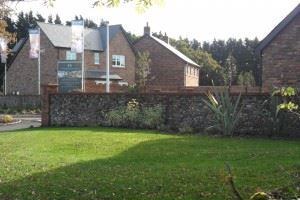