Last week saw the official opening of the new play area on Pottery Park in Dearham, next to our development St Mungo’s.

Story Homes made a contribution of £35,000 towards the £100,000 play park which was opened ready for the summer holidays. The local school were invited along to mark the official opening of the park and treated to goody bags and ice creams.

Local resident and special guest Paralympian Simon Lawson, who competed at Rio 2016 in the marathon, officially opened the park.

Chair of Dearham Parish Council, George Scott, said: “The finished park is the result of a lot of hard work and dedication by various people in the village and beyond.

“The use the playground has had since it opened in May has proved that our efforts were worthwhile as it is very popular with the children of the village. So, on behalf of the village, thanks to everyone for their hard work and support.” 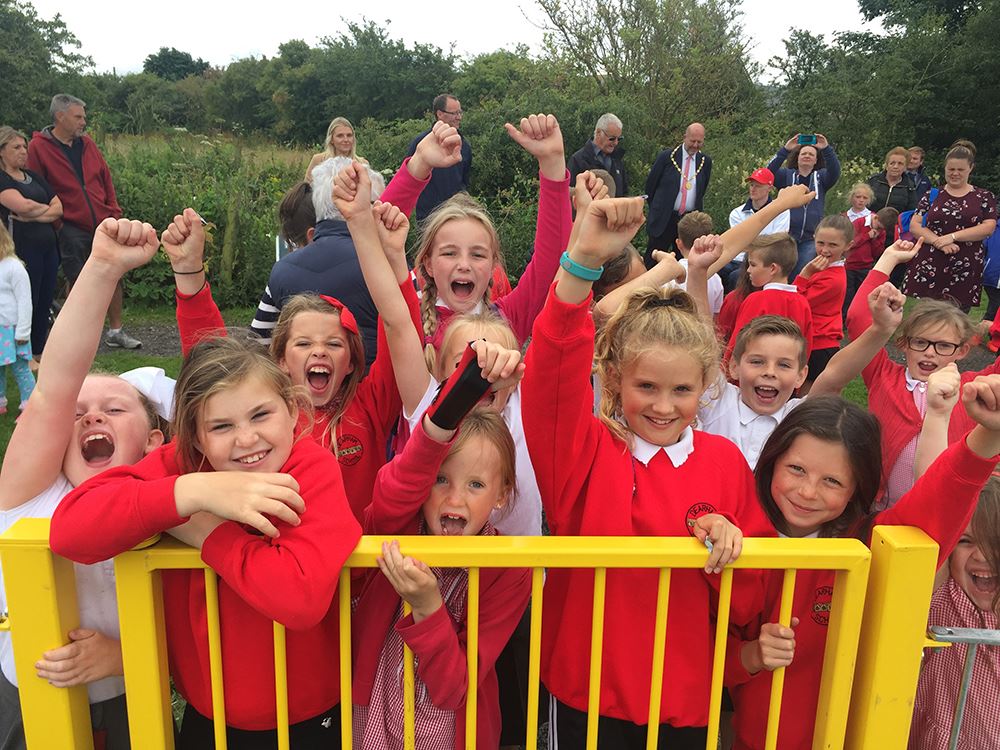 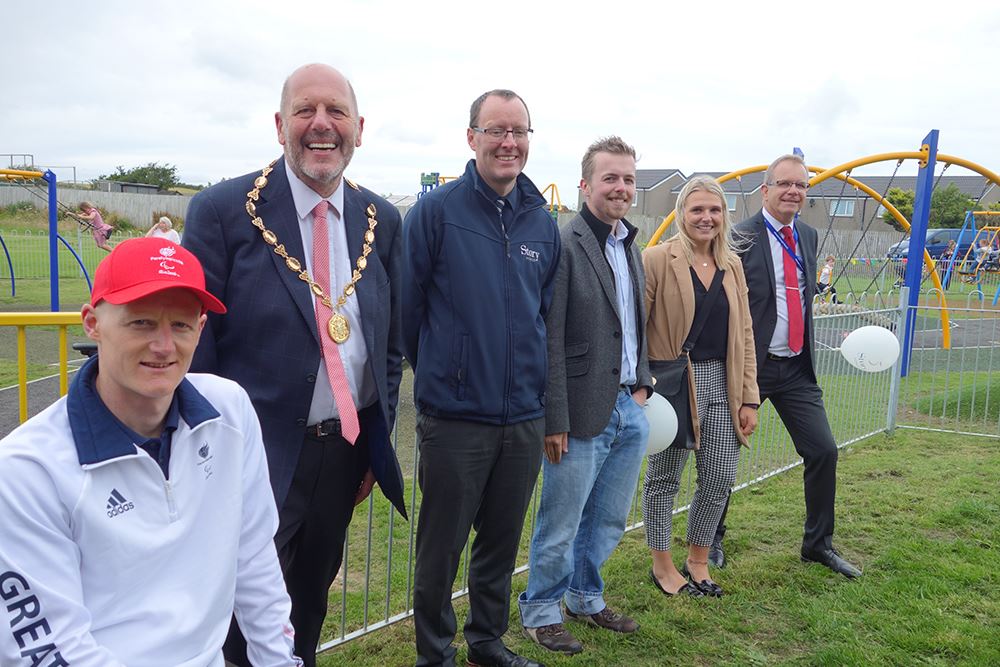 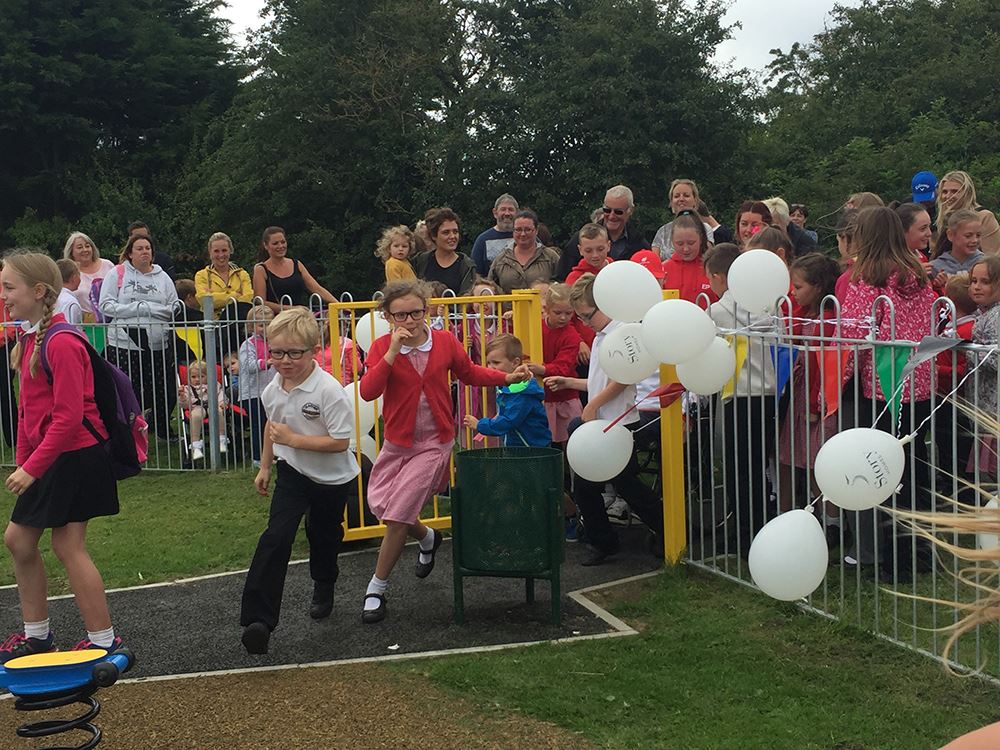 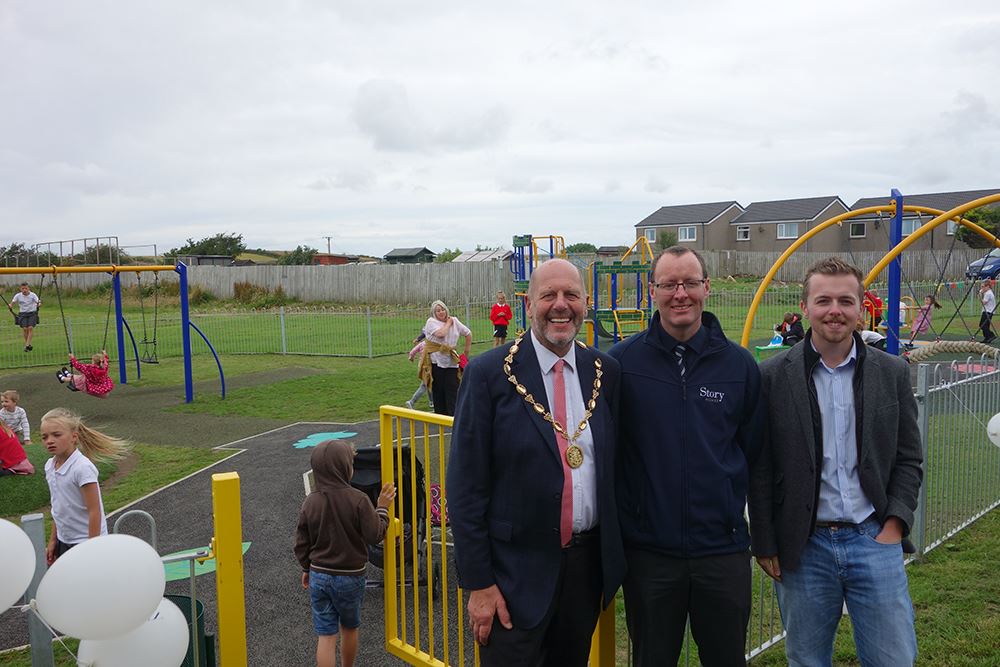 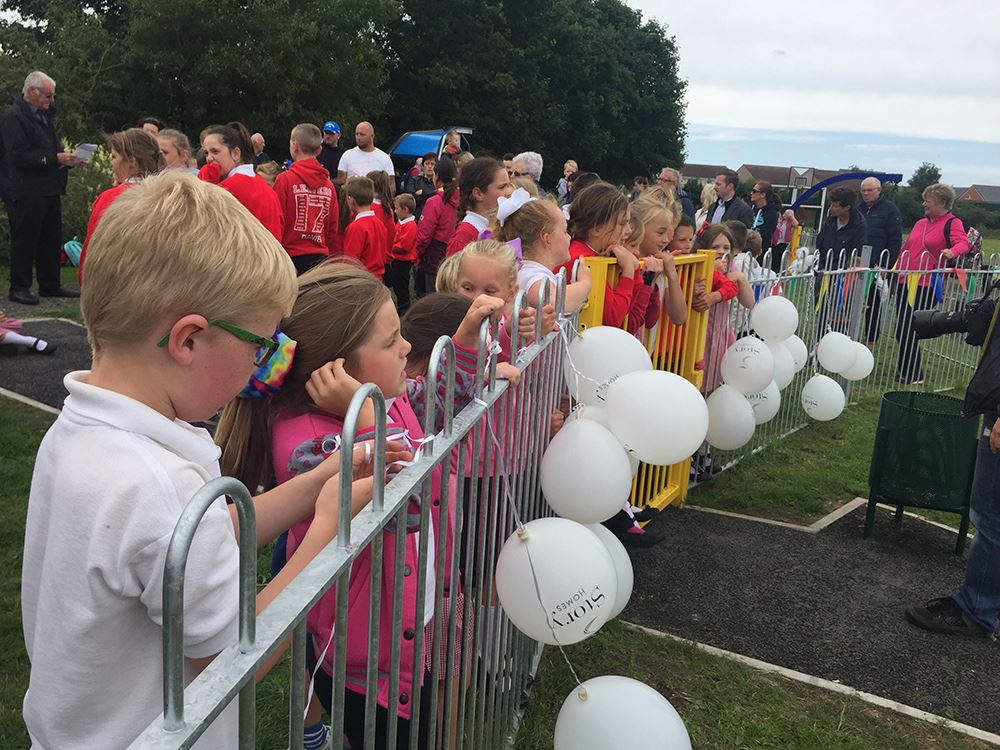 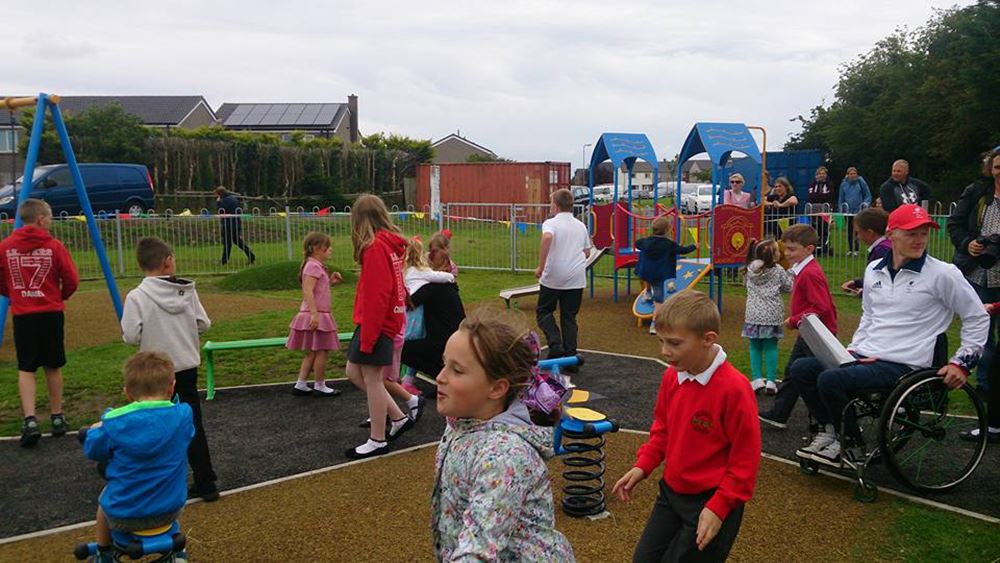 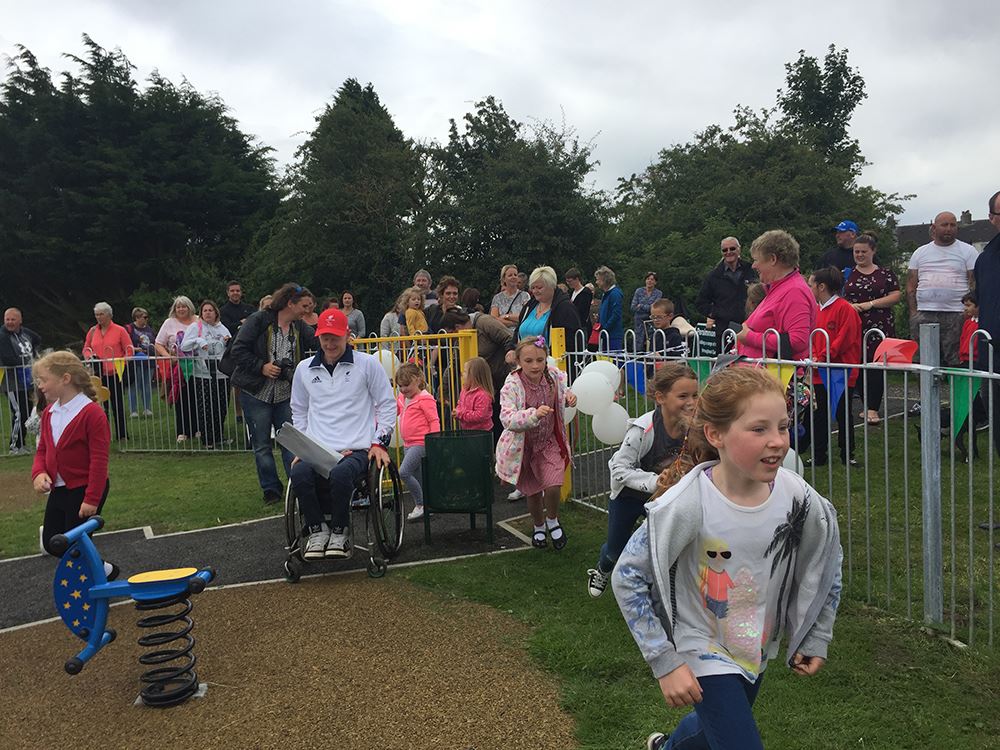