Our site manager at The Woodlands, Shotley Bridge has won a prestigious regional award.

George Rudlin, who has worked on award-winning development The Woodlands since late 2016, was announced as the winner of the ‘Residential Construction Professional of the Year’ accolade at the Local Authority Building Control (LABC) Northern Building Excellence Awards 2018.

As the development – which comprises four phases of high quality homes – rapidly nears completion, George has forged a strong relationship with Durham County Council, ensuring that all of our new homes meet building regulations.

This follows on from our success at the LABC Building Excellence Awards last year, where assistant site manager Paul Tate won ‘Best Residential Site Agent of the Year’.

George said: “I faced strong competition in my category so I was honoured to win, and I am really pleased to have secured the award on behalf of Story Homes.”

David Aston, Production Director for Story Homes in the North East, said: “I would like to congratulate George on this great achievement, which reflects the fact that he really is an asset on The Woodlands site and a fantastic ambassador for Story Homes.

“I would also like to say well done to another of our site managers, Steve Dickson, who was up for the same award. I am very proud that two of the four finalists in this category represented Story Homes, which I believe is testament to our quality standards and commitment to partnership working.”

All of the winners from the regional awards have now been entered into the national LABC Grand Final, which will take place in London on Friday 9 November. 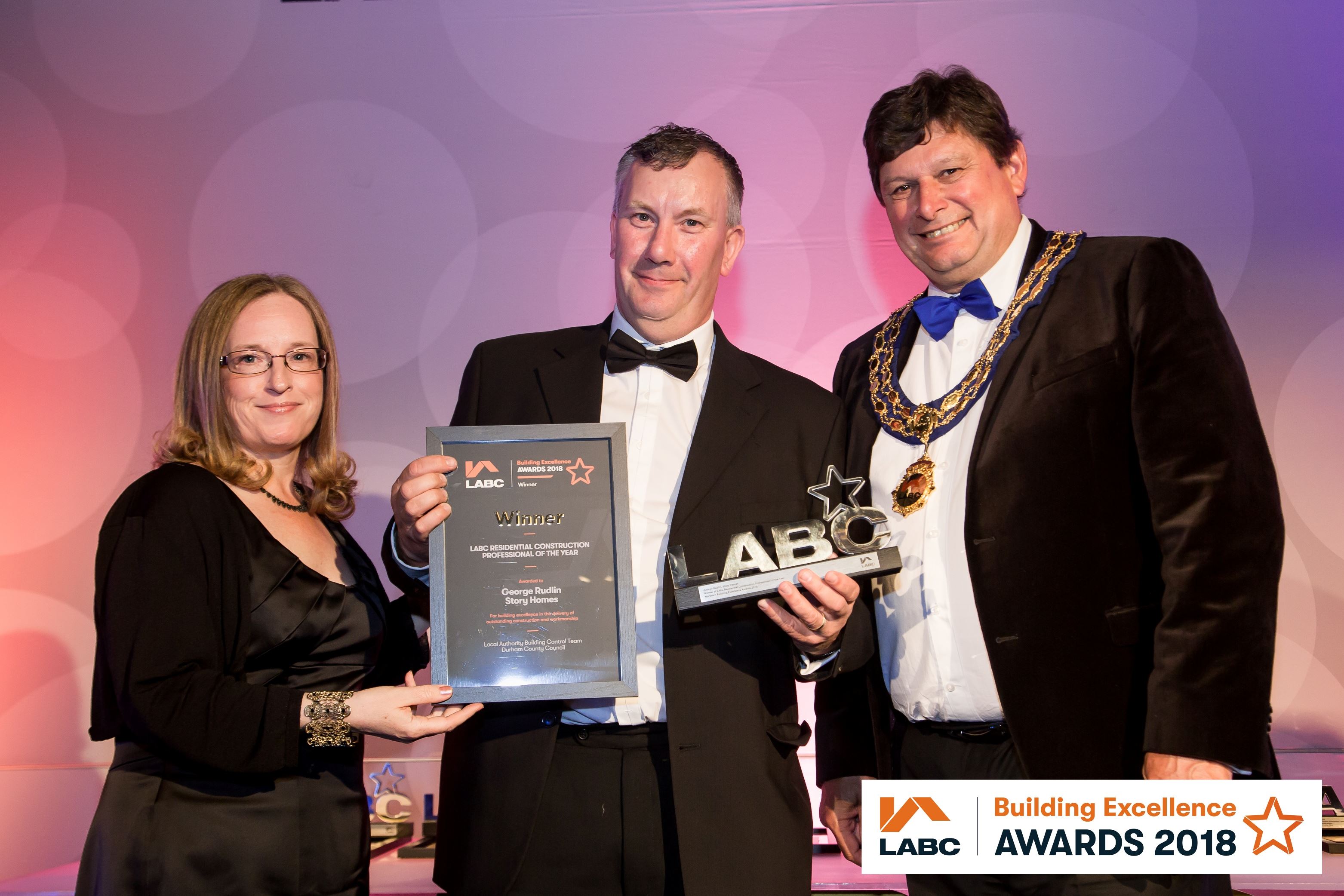