Never been a better time to buy

Over the last few years we have seen steady growth in the property industry and with fixed rate mortgages at their lowest in years, there really isn’t a better time to buy.

For the majority of people, buying a new home is one of the biggest purchases you will ever make in your life. It’s a big decision, there is no denying it. But it’s also a very wise decision, especially with mortgage rates currently at their lowest point in years.

Recent months have seen some uncertainty; however, the Government and the property industry have not slowed down plans to build more homes. There is a significant under supply of new homes in the UK and great demand for property, which is expected to continue for years to come. More than one million new homes are set to be built over the next few years alone. 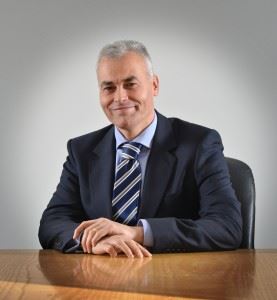 Now, with rates at their lowest in years, mortgages are much more affordable and appealing for buyers. Borrowers can expect low interest rates thanks to mortgage providers paying less for the money they lend to home buyers. This is because they borrow the money from markets where rates are based on Government Bond yields.

The cost of new mortgage deals is also set to fall over the next few weeks with fixed-rate deals coming down. Two-year fixed-rate deals could be below 1% and five-year deals could be under 2%. So customers, particularly those with a significant deposit, could be looking at once in a lifetime opportunities to get low fixed mortgages which give them security for 3, 5 or even 10 years.

The Governor of the Bank of England, Mark Carney, has also hinted that the base rate could be cut in order to support the British Economy. This means that new fixed rate deals and tracker mortgages could be cheaper than they currently are.

So what does it mean for you if you are buying a new home? Basically, shopping around for good mortgage deals will be much easier as almost every provider will have good deals to offer customers. The lower rates could mean that you save more money each month, or maybe you can afford a little more, depending on your finances.

“Now, with rates at their lowest in years, mortgages are much more affordable and appealing for buyers.”

Our own incentives play a part too, with specific plots being eligible for part exchange, or our HOME scheme which could help you move home quickly and stress free. New build homes are great value for money, with Story Homes offering two year customer service warranty, alongside a ten year building warranty.

Bricks and mortar is considered to be a relatively safe investment; especially if you are buying your dream property which your family will call home for years to come. A quality home in a good location is a good place to invest. So securing a new build, especially a Story Home with its high specification and extras as standard, not only gives you financial security, it also gives you peace of mind.