Story Homes in the running for two prestigious property awards

Two of our developments have been shortlisted for the prestigious UK Property Awards. The two sites, one near Durham and the other in Cumbria, have been nominated in the Best Residential Development category of the annual awards. 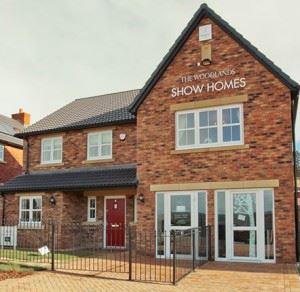 The nominated developments include the Woodlands – 234-home site in Shotley Bridge near Durham ­– and the smaller Kendal-based development, the Beeches.

The awards, which are judged by over 70 property experts and specialists including two sitting House of Lords members, are recognised as the most demanding and rigorous in the property sector. The highest ranked finalists are also put forward to compete against other winning developments from around the world.

Steve Errington, CEO of Story Homes, said: “The standard of entrants to this year’s UK Property Awards was higher than ever, so we are justifiably proud to have received not one but two shortlisting accolades.

“Behind every Story Homes house is a large team of dedicated people working together to deliver high quality homes in exceptional surroundings. The sense of place we create for our customers, and the satisfaction they have with their homes and community, has been recognised by the two nominations this year.”

The Beeches is a 76-home development in Kendal. The homes, which range from two to five bedrooms, incorporate traditional architectural features in a variety of styles including terrace, semi-detached and detached houses and bungalows. The use of traditional design combined with natural products, such as slate roof tiles, helps to integrate the homes within this desirable town. All the homes are very much in keeping with the area’s heritage, incorporating the grey limestone for which the town is renowned. 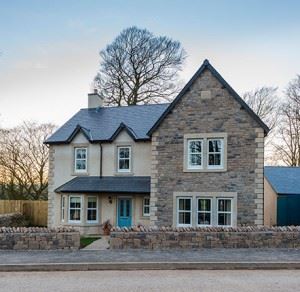 Shotley Bridge, in County Durham, is home to the Woodlands development. Bordered by woodland, from which the development takes its name, many of the new homes offer views over established woodland and countryside walks are available to all. The development incorporates grassed open spaces and landscaped areas, all of which contribute to a real sense of community. It offers a lifestyle that encompasses the best of both worlds – town and country.

Story Homes has developments across Lancashire, Cumbria, North East England and South West Scotland. In 2015, the company anticipates delivering more than 550 homes across its development estate. Already winner of over many UK Property Awards awards, Story Homes is one of the most commended housebuilders in the country.

The UK Property Awards will take place at London Marriott Hotel Grosvenor Square in Mayfair on 9 October 2015. To find out more about our previous awards, click here.