Story Homes has announced its sponsorship of Tynedale Rugby Club to help upgrade its facilities.

The money will go towards making improvements to the club house, developing the gym and improving playing facilities.

As part of the sponsorship, Story Homes has also donated a secure portable cabin – that was once used as a marketing suite. The club has converted the cabin into a medical and physiotherapy room that can be used by all players.

Ian Lewis, Head of Commercial for Tynedale Rugby Club, said: “We’re really grateful to Story Homes for this sponsorship as it’s enabling us to develop the club facilities for both our players and supporters.

“As an ambitious and community-based club, this donation will really make a difference. We’re lucky that Story Homes has also donated this cabin as our old medical facilities were inadequate. 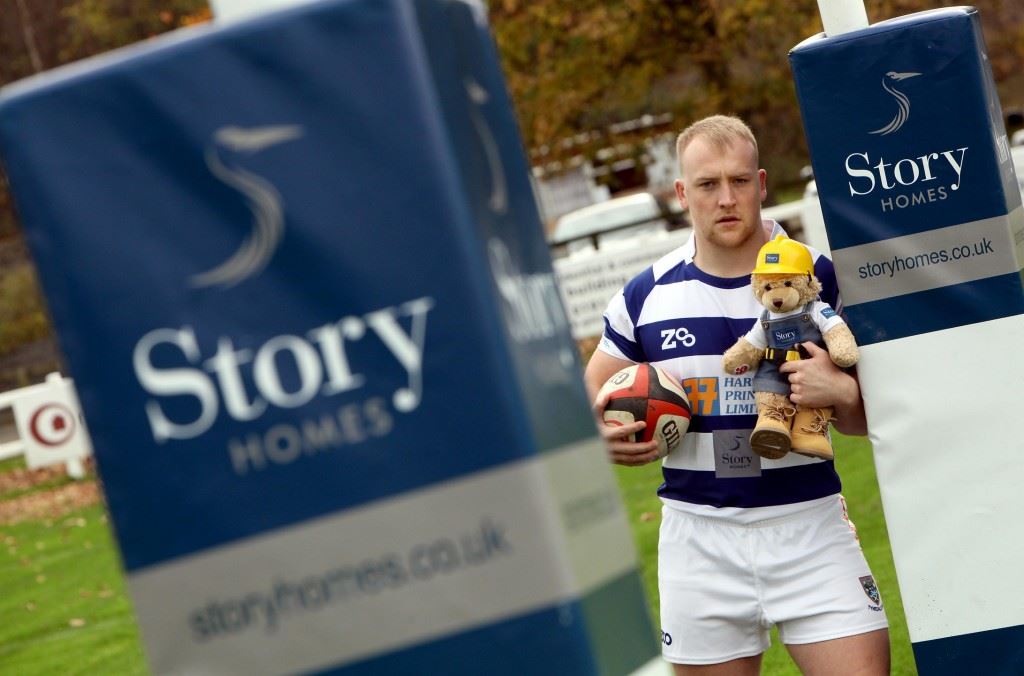 ”We’re really looking forward to working in partnership with Story Homes in the future.”

Catherine Cannon, Marketing Manager of Story Homes, said: “Story Homes is expanding its presence in the North East and is dedicated to reaching out to the local community and supporting local clubs and organisations.

“We’re delighted to be sponsoring Tynedale Rugby Club and wish them every success in the upcoming season.”

Story Homes currently have two developments in the North East – in Shotley Bridge and Middlesbrough, with two new sites at Wynyard (Fallows Park) and (Dove Park) Rake Lane due to open before the end of the year.

With more than 27 years of experience in developing land and communities Story Homes has grown into one of the most respected and well-known companies in the North of England, winning many awards along the way.

It is known for the quality and high specification of its properties, the aesthetics of its schemes and determination to understand the needs of the communities where it builds.