Story Homes sports funding for Brook Street Primary School in Carlisle has not just helped one or two classes.

The whole school has participated in a World Cup tournament organised by teachers, and thanked Story Homes for their funding with a Brazil inspired Samba dance.

Steve said: “The tournament today has been fantastic to watch as everybody put in so much effort and there was a healthy competition going on, as well as a great deal of teamwork.

“We are really pleased that we have been able to help Brook Street School with funding for the past two years, and delighted to support them again next year. The funding opens up doors for children to learn and engage in sports and we really want to support the communities in which we work. We are particularly keen to support school children as they are the future of our communities and we want to create better places to live for everybody.”

Brook Street School have benefited from funding for sports coaching paid for by Story Homes and delivered weekly by Cumbrian SPAAF. Feedback from the School has proved that the pupils, teachers and parents have all benefited in various ways from the coaching.

One brook Street pupil, Kye McVay was awarded with a prize at the annual sports festival for showing the most effort of all of the nine schools who have participated in the 2013/14 school year. 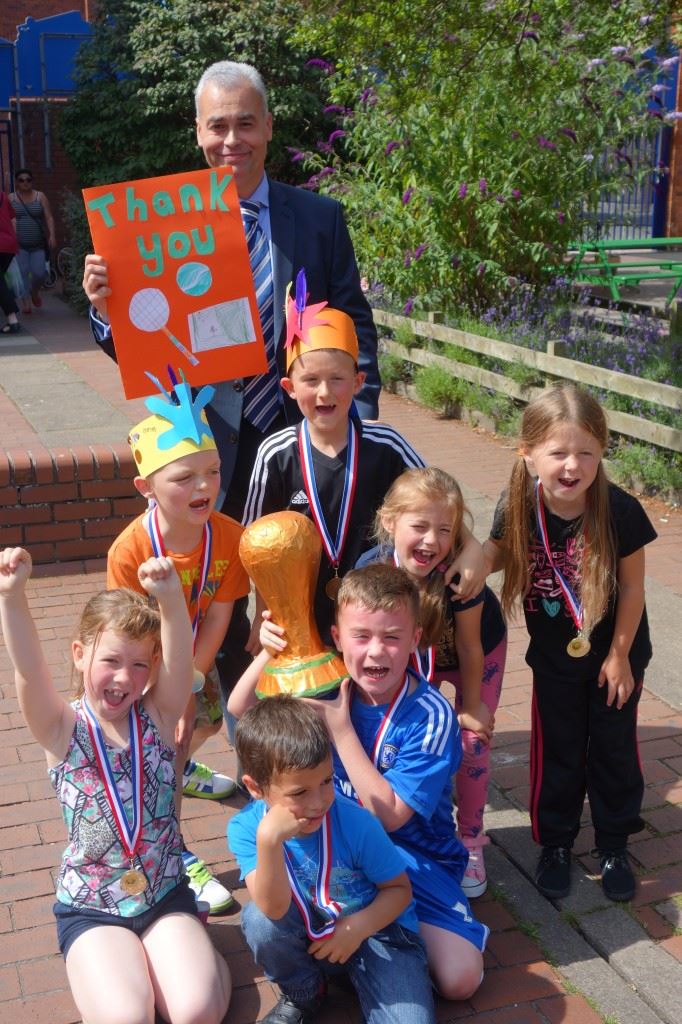