Morpeth Town Football Club has set off to Wembley Stadium in style thanks to Story Homes.

More than 20 players and management staff climbed aboard a luxury coach at The Sun Inn in Morpeth on Friday morning ahead of the big game on Sunday. The team will be playing in the FA Vase Final against Hereford in a match which is one of the biggest in the club’s history.

Story Homes, which is launching a new development in Morpeth later this year, supported the club by covering the transport costs to get the players to London and back.

Ken Beattie, chairman of Morpeth Town FC, said: “We really appreciate the support provided by Story Homes to help our players get to the stadium. It’s the start of a new relationship with the housebuilder as it comes to Morpeth and we look forward to working together on a number of projects in the future, particularly with our junior teams.”

Steve Errington, Story Homes CEO, said: “The atmosphere this morning has been fantastic. There is a real buzz in the town. We have an exciting new development opening in Morpeth in September – it is the launch of Story Homes’ first ever Signature range of 39 executive family homes.

“We are committed to supporting the communities around our developments, so to kick-off with supporting Morpeth Town Football Club has been fantastic. We wish them the best of luck in the final!”

Story Homes’ mascot Builder Bear was on hand to wave off the players and managed to squeeze in a last minute training session before they boarded the coach. 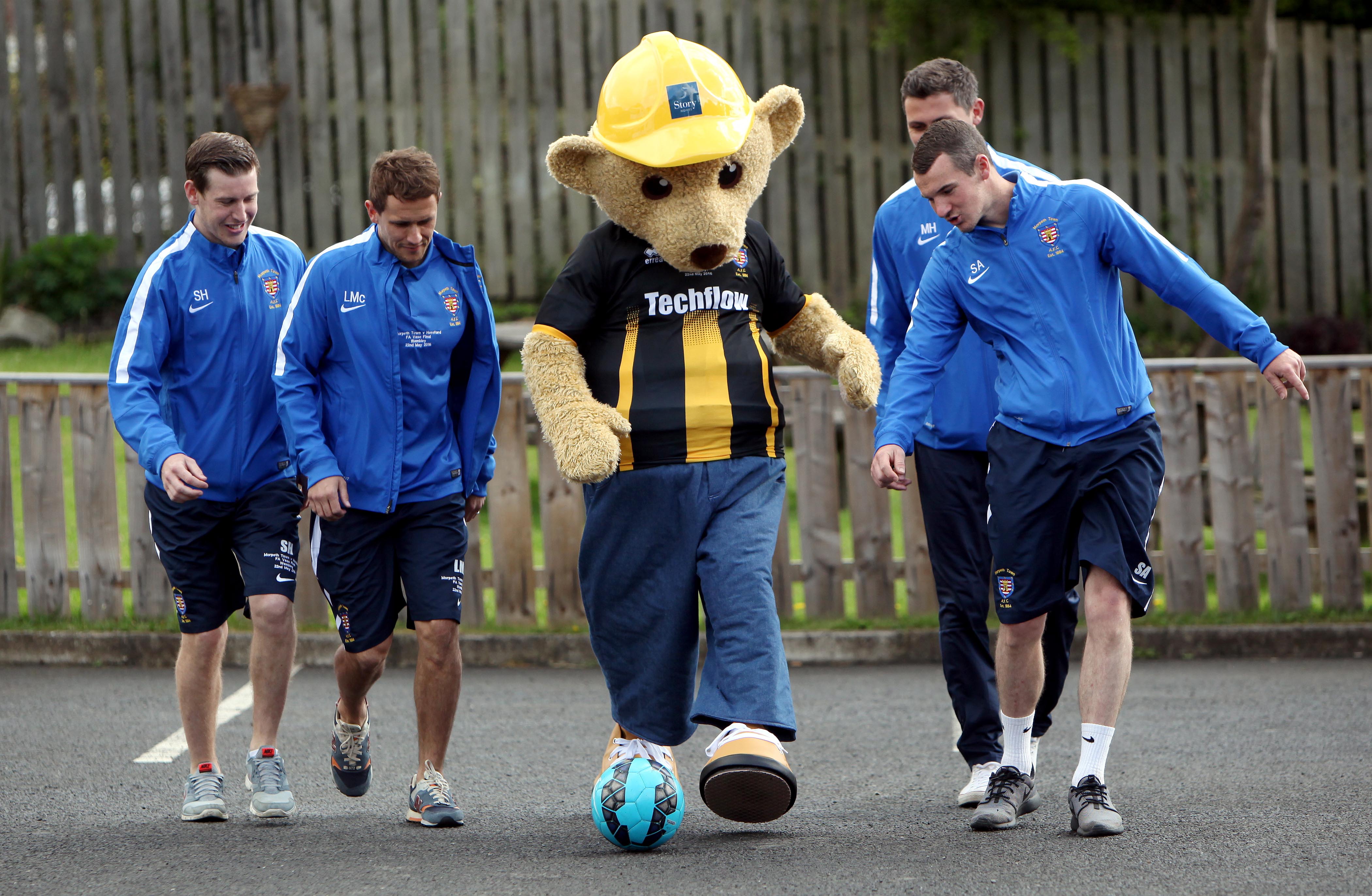