Story Homes has been listed on The Sunday Times’ BDO Profit Track 100 for the second year running.

We were ranked 62nd on the list of the top 100 privately owned companies in the United Kingdom as a result of completing 565 homes in 2015/16, up 63 per cent on the previous year, bringing our operating profit up to £22.52million.

In 2015’s Profit Track 100, we were ranked 87th after profits increased by 46 per cent on the previous year. Story Homes was also in the unique position of being listed alongside its sister company, Story Contracting, in the top 100 last year. Story Contracting ranked 33rd, following the split from its parent company in 2013. 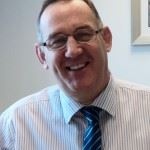 Fred Story, founder and chairman of Story Homes, commented: “There is a resurgent demand for high-quality new houses and Story Homes is passionate about operating in this sector. We have a great team which has helped to make this growth a reality and I have no doubt that we have a successful and sustainable future ahead of us.”

Fred founded Story Homes in 1987, completing his first development in Thurstonfield near Carlisle in 1988. Now a major residential developer with a turnover of £80 million last year, the firm has expanded across Cumbria, the North West, the North East and Scotland, with further plans for growth in 2016.

Steve Errington, CEO of Story Homes, added: “It’s an honour to be recognised for our achievements during another successful year. Our entire workforce can celebrate as we continue to solidify our position as a formidable developer with industry-leading dedication to quality home building.”

This is the 17th year that The Sunday Times has compiled the Profit Track 100, which covers privately-owned companies and highlights those that have had considerable profit increases over the previous three years.